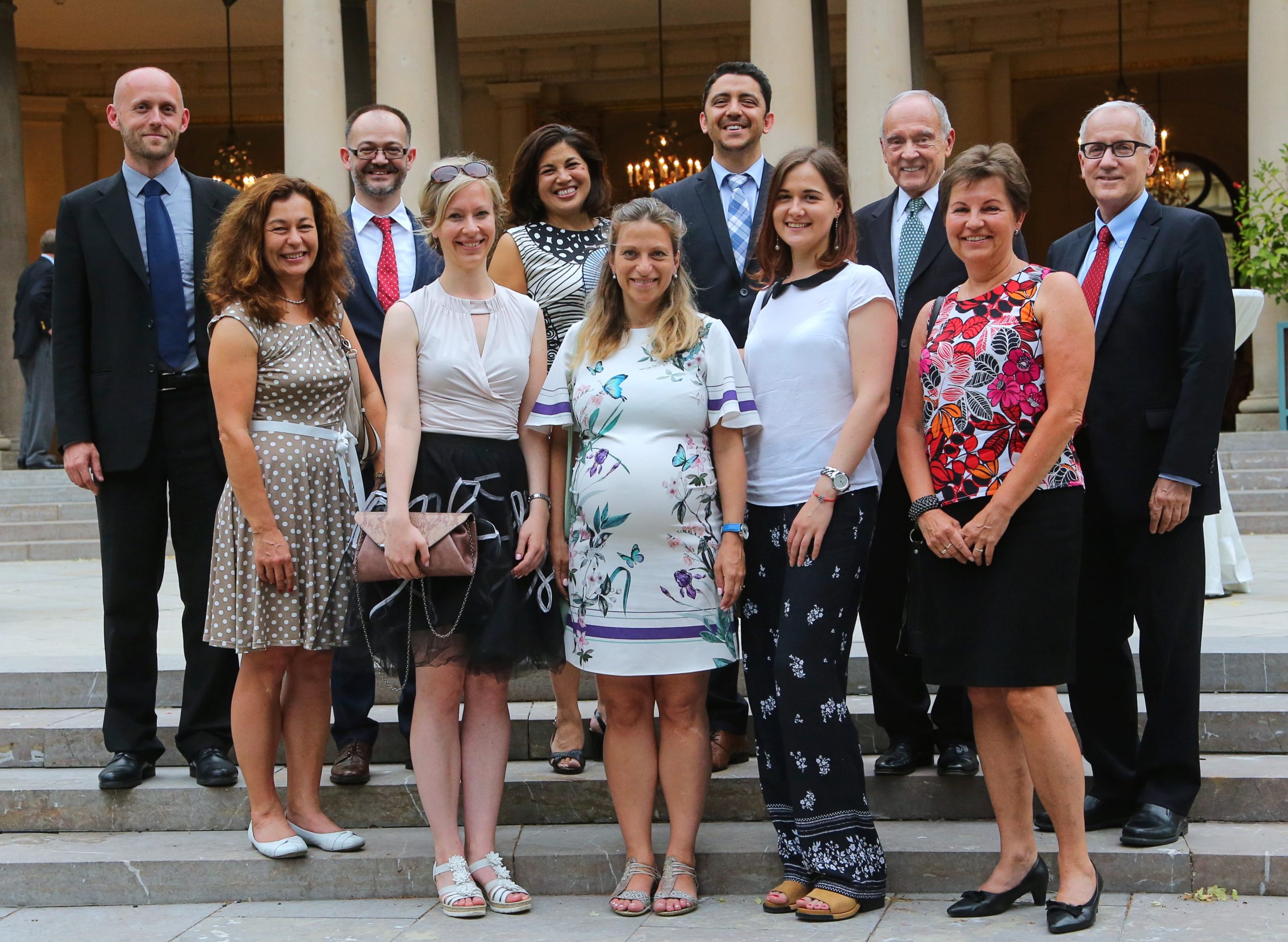 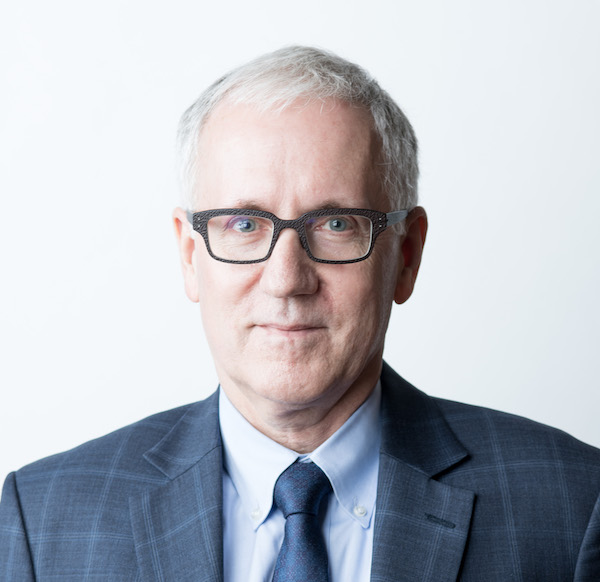 Mr. Lehmann has served as the Executive Director of the CEELI Institute, in Prague, since 2014. He previously served as the Principal Deputy Director of the U.S. Department of Justice’s Office of Overseas Programs (OPDAT), in Washington, D.C., where he managed justice sector reform programs across the world. His work at the Department of Justice also included tours as Resident Legal Advisor at the U.S. Embassies in Islamabad and Moscow, and as an Assistant U.S. Attorney in the Eastern District of New York. Mr. Lehmann has a J.D. from Washington University where he was an editor of the Law Review, and a B.A. from the American University’s School of International Service, in Washington, D.C. He is a member of the Council on Foreign Relations, and a board member of the Bakala Foundation (Prague), the International Legal Assistance Consortium (Stockholm), and the US-Czech Fulbright Commission. 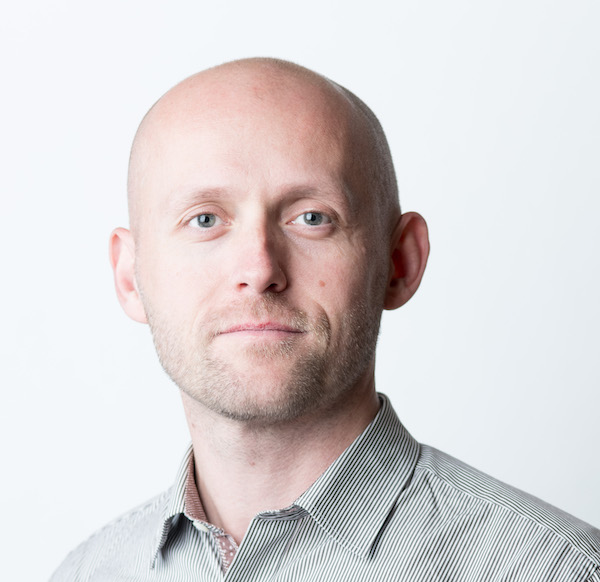 Mr. Svoboda became Director of Programs at the CEELI Institute in December 2013. He previously worked as the Head of the Human Rights Department at the largest NGO in the Czech Republic, People in Need. At People in Need, Mr. Svoboda managed a portfolio of programs focused on supporting politically persecuted individuals in repressive countries and on providing assistance to civil society groups in countries such as Belarus, Burma, Cuba, Libya, Transnistria, Russia, and Ukraine. Prior to his work at People in Need, Mr. Svoboda worked at the U.S. Embassy in Prague as an NGO coordinator. He holds a Master’s degree from the University of Economics in Prague. 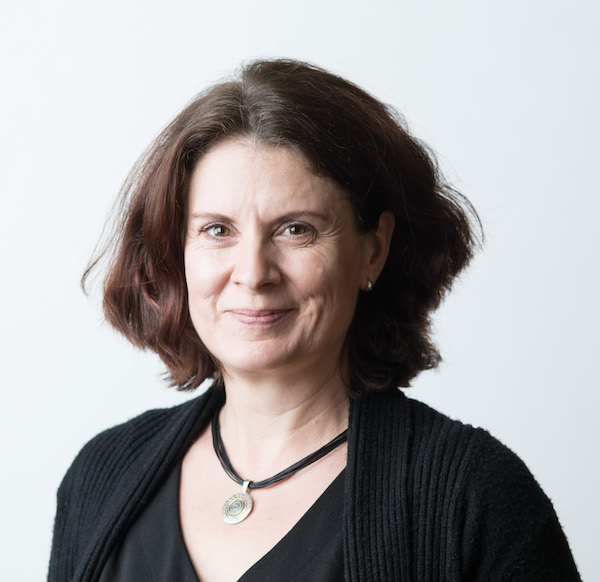 Director Of Finance And Administration

Ms. Werenycká joined CEELI in 2010. She consults on finances and provides administrative support for program development and implementation. She has worked in several NGOs as a financial manager and project coordinator. Ms. Werenycká earned a Master’s degree in Business Administration from the University of Economics in Prague. 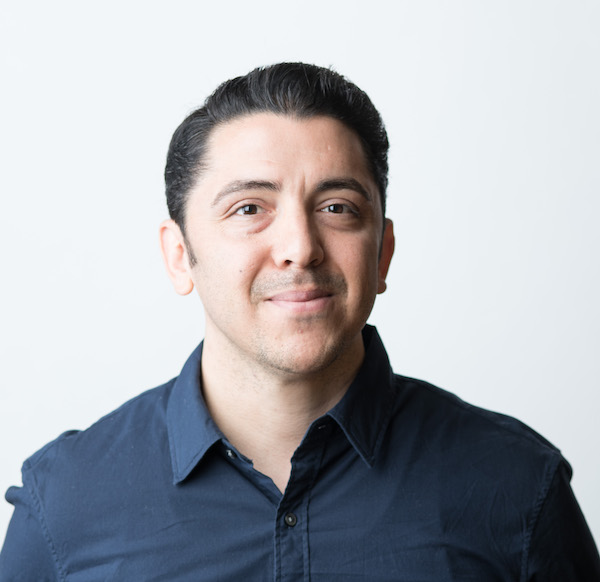 Director Of Outreach And Development

Mr. Diaz joined the CEELI Institute in 2015 as Program Manager before moving into his current role as Director of Outreach and Development in 2020. He holds a Master’s degree in International Relations from the George Washington University (GWU) in Washington, DC, and a Bachelor’s degree in Global Studies and Environmental Geography from UCLA. His previous experience includes several years working on academic programs and conferences for the Central Asia Program at GWU, as well as with the US State Department in Washington, DC, in the Office of Israel and Palestinian Affairs, and at the US Embassy in Prague. 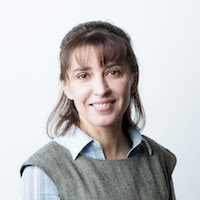 Ms. Senyk is an expert on international public and comparative law. She worked in the fields of assets recovery and anti-money laundering, represented clients at the European Court for Human Rights, conducted legal research and wrote country reports on democracy and rule of law for such international organizations, including UNDP, Human Rights Watch, Amnesty International, International Council on Human Rights Policy and International Centre for Migration Policy Development among others. Halyna holds an LLM with a focus on Comparative Law and Alternative Dispute Resolutions from the London School of Economics and was awarded masters degrees from the Central European University and L’viv National University in human rights and international relations respectively. 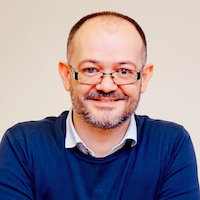 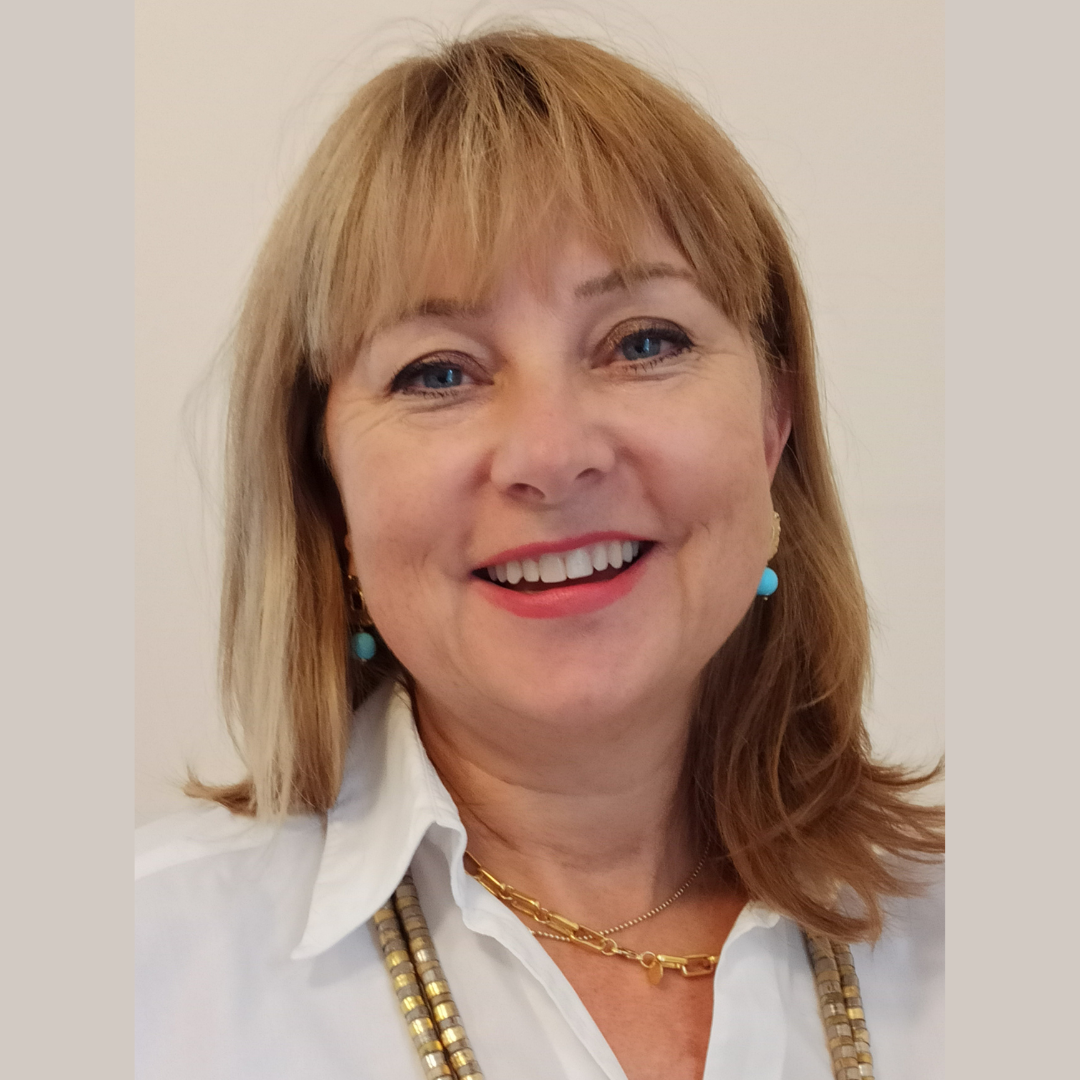 Ms. Grealy joined the CEELI Institute in September 2019. After a number of years working in legal practice she spent 14 years in the Education Department of the Law Society of Ireland as Head of their Diploma Centre managing continuing professional development courses in specialized areas of law to the solicitors’ profession. She oversaw the LSI Public Legal Education initiatives and led their Street Law Prison Law Program. She qualified as a lawyer in Ireland and in England in Wales and also qualified as an Attorney at Law in New York State. Freda received her PhD from University College London’s Institute of Advanced Legal Studies (IALS) and her research focused on teaching ethics and developing professional identity. She holds a number of Master’s degrees in Law, Education and Technology, and Management. She is the founding member of the Irish Rule of Law Initiative group ‘Irish Lawyers Legal Education Partnership Project – South East Asia’. 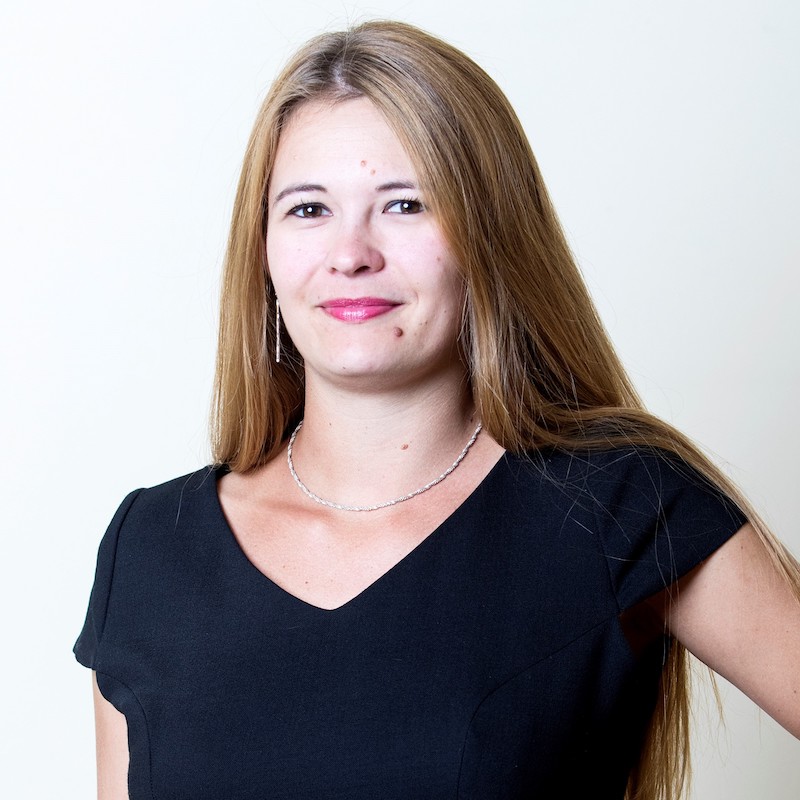 Ms. Labourel joined the CEELI Institute in 2021 and became the Institute’s first full-time Communications Officer. She holds a Master’s degree in Cultural Management from Audencia Business School in Nantes, France and a Graduate Certificate in Arts Administration from Boston University. She previously organized and promoted scientific programs for the French embassy in Prague; and has also worked in communications and program development positions at the International Brain Research Organization, the American Library in Paris, and the Alliance française in Chicago. 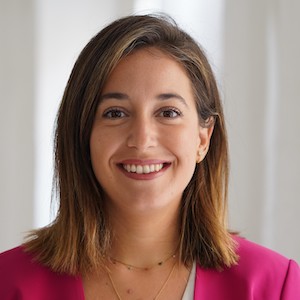 Ms. Ladrón de Guevara is a Program Officer at the CEELI Institute, where she supports programming on anti-corruption. Prior to joining CEELI, she worked as a Program Assistant at the International Institute for Justice and the Rule of law (IIJ) where she supported various programs, in Europe and Africa. She holds a Master’s degree in International Relations from the University of Groningen, where she specialized in European Integration, and degrees in Law and Political Sciences. She is fluent in Spanish and English. 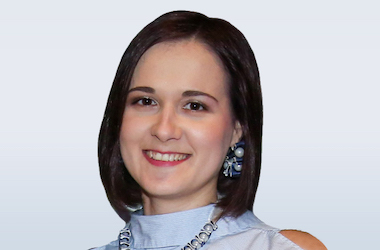 Ms. Gorodnycka joined the CEELI Institute in January 2018. She has a Master’s Degree in Tourism Management from the University of Business in Prague. She also studied at the Silesian University in Opava. Ms. Gorodnycka has experience working in the airline industry and with other multinational corporations. She is fluent in Czech, English, Russian, and Ukrainian. 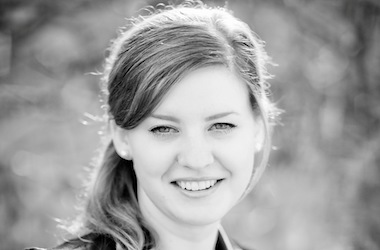 E-mail: sabina.freundova@ceeli.eu
Sabina Freundová joined the CEELI Institute in January 2021. She received a Master’s degree in Political and Cultural Geography at University of Ostrava where she specialized in Culture integration of immigrants’ children and infant migrants. She also studied Geography and Contemporary Catalan Art at Autonomous University of Barcelona; made her research fellowship at Participation and Integration Centres in Madrid and practical training at Ermua City Council in Basque Country. Her previous experience includes several years of working in Event management (orzanizing conferences, meetings and incentive trips for business clients), Public Relations and Graphic Design. She is fluent in Czech, Spanish and English. 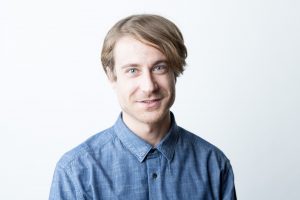 Mr. Blažek began working for CEELI in October 2015. He oversees the Institute’s finances and provides administrative support for program development and implementation. He earned a Master’s degree in International Politics and Diplomacy at the University of Economics in Prague and has several years of experience working for an international NGO as financial manager. 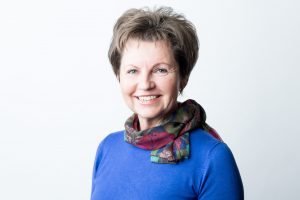 Ms. Jana Šolcová joined the CEELI Institute in September 2014. She performs financial accounting and related matters in accordance with the laws of the Czech Republic and with the requirements of financial donors. She previously worked as the head accountant for several international corporations. Ms. Šolcová earned a Master’s degree in Business Administration from the University of Economics in Prague. 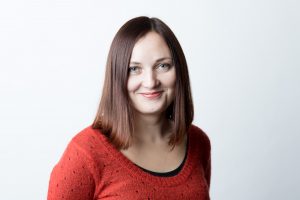 Ms. Kaletová joined the CEELI Institute team in 2016. She previously worked for several years as a secretary and junior accountant in another international corporation. Ms. Kaletová graduated from the Polish-Czech Business Academy. She is fluent in Czech, Polish, French, and English. 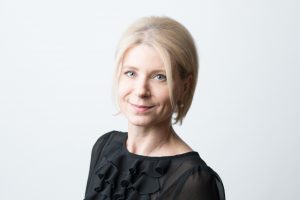 Ms. Trázníková began working for the CEELI Institute in May 2007. She is responsible for managing CEELI’s facilities and provides backstopping support for program development and implementation. Ms. Trázníková has years of experience in hotel management and degrees from the Academy of Commerce and Economy and the International College of Tourism and Hotel Management. 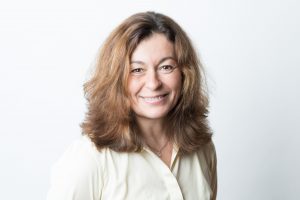 Ms. Jindra Erbenová joined the CEELI Institute in November 2015. Jindra provides full support to the Residence Manager, helps with the residence operations, and coordinates conferences and other events for external clients. She has years of experience in hospitality and event management. She previously worked as a Conference and Event Manager in the hotel industry.