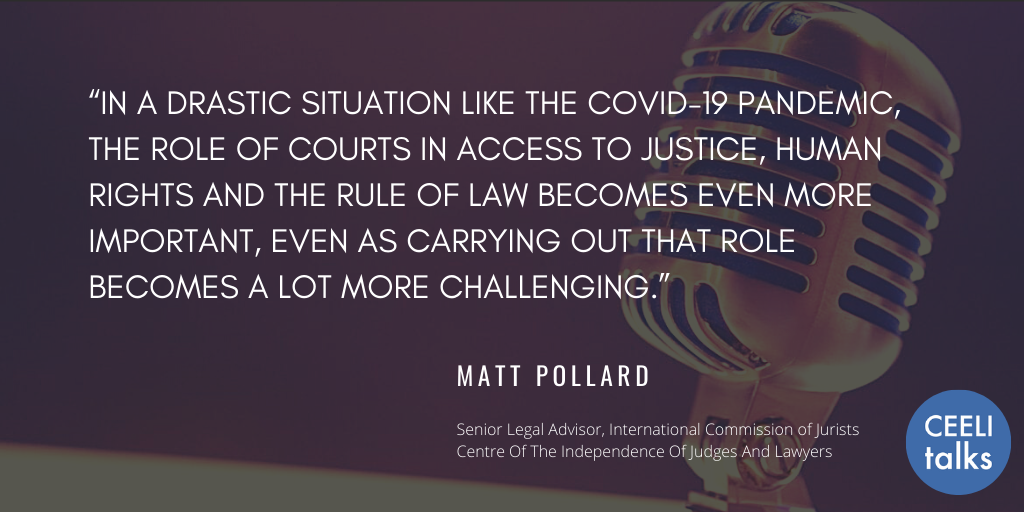 Because the stakes are so high, access to justice is often considered within the context of criminal law. However, many people come into contact with the justice system to resolve non-criminal disputes. This episode will look at the role of administrative and civil courts in the pandemic crisis. What is the role of the administrative courts in holding governments to account? How can civil and administrative courts ensure their functions continue during a state of emergency? How can they support people who may be disproportionately affected by the emergency? What critical decisions and urgent matters must be addressed? Are caseloads being delayed, and if so, to what long term effect? We talk to administrative judge Edith Zeller of Austria and civil and labour judge Domagoj Frntić of Croatia to get their perspective on these matters. Matt Pollard from the International Commission of Jurists also provides a report on what the European Court of Human Rights has said about fairness in the context of remote video trials, and we shine a spotlight on the Judicial Manual on Independence, Impartiality and Integrity of Justice – a project of the Central and Eastern European Judicial Exchange Network. 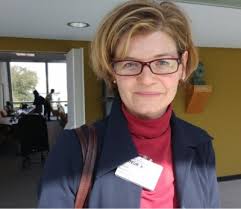 In the course of these responsibilities, she has gained extensive experience as a trainer as well as well insights into relevant issues of different administrative jurisdictions in Europe. Furthermore, she was (senior) expert in EU Twinning Projects. During her doctoral studies, inter alia she was also a part-time lecturer of public international law.

Domagoj Frntić has been a judge in the civil and labor courts in Croatia since 1999, after receiving legal training at the Law Faculty of the University of Zagreb. He has also served as Deputy Chairman, and later as Chairman of the Labor Court in Croatia’s capital city of Zagreb. He is a Disciplinary Judge (Panel for public servants/administrative staff) at the Department of Public Administration, and at the Croatian Chamber of Architects.

Judge Frntić is the author/co-author of many written and oral presentations, as well as of a number of textbooks and manuals, and has been a lecturer (at the University of Zagreb Law School/Faculty, Judicial Academy and at the other institutions) and member of various expert groups or committees, in the areas of civil law, labor/civil servant law, civil procedural law and anti-discrimination law.

He participated in a number of international legal and judicial projects (EJTN, ABA/CEELI, ILAC, IVLP, and others, in Central/Eastern Europe, MENA region, Central Asia and elsewhere) concerning international, anti-discrimination and labor law, judicial ethics, rule of law and court administration/organization. 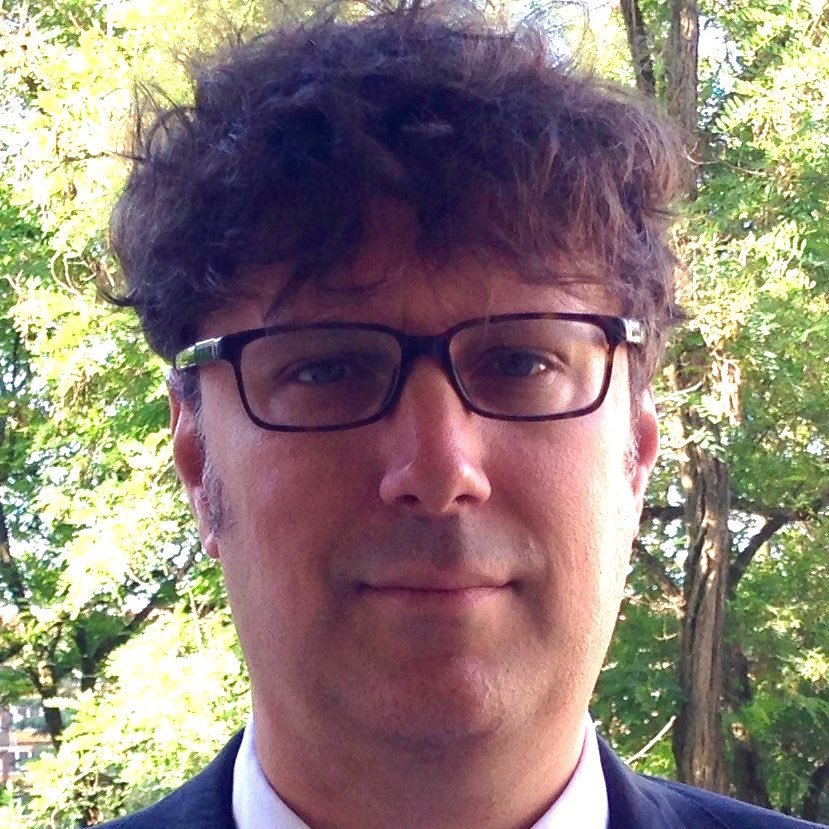 [20:33] REPORT FROM MATT POLLARD, INTERNATIONAL COMMISSION OF JURISTS, CENTRE FOR THE INDEPENDENCE OF JUDGES AND LAWYERS, ON EUROPEAN COURT OF HUMAN RIGHTS JURISPRUDENCE RELATED TO VIDEO CONFERENCING

Matt Pollard joined the ICJ in August 2013. He worked for the international secretariat of Amnesty International in London from 2007 until 2013, first as a legal adviser on counter-terrorism and human rights, then as a senior legal adviser. From 2004 until 2007 he was a legal adviser to the Association for the Prevention of Torture, in Geneva. He previously practiced as a barrister and solicitor in British Columbia, Canada. He also holds a Ph.D. and an LLM in international human rights law from the University of Essex.

[28:15] SPOTLIGHT ON THE JUDICIAL MANUAL, A PROJECT OF THE CENTRAL AND EASTERN EUROPEAN JUDICIAL EXCHANGE NETWORK

For further information on the work of the CEE Judicial Network including our series of Podcasts and Webinars please contact Freda.grealy@ceeli.eu

This project has been made possible through the generous support of the Bureau of International Narcotics and Law Enforcement (INL) at the U.S. Department of State.​